Racial Equity Event-History of Asians in America with Gil Asakawa 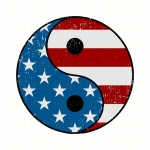 Although the media headlines have focused recently on anti-Asian hate crimes including the shootings of eight people in Atlanta, six whom were Asian women, such incidents are not new. Asians for over 150 years have been subjected to stereotypes and racism, ever since they first immigrated to the United States. Gil Asakawa covers the history of Asian immigration to America, with each wave from the Chinese to Japanese to Filipino, South Asian and more recently Koreans, South Vietnamese in his presentation. He will share the triumphs as well as the tragedies, and place these diverse communities in the context of American society and culture. 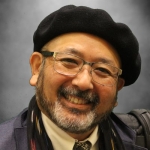 Mr. Asakawa, is a journalist, editor, author and blogger who covers Japan, Japanese American, Asian American and Pacific Islander cultural and social justice issues. Mr. Asakawa is a nationally-known speaker, panelist and expert on Japanese American history and Asian American identity. Having written for publications including Rolling Stone and Newsweek Japan, he has authored a number of books and has been a consultant for organizations focusing on diversity, equity and inclusion within their institutions. Because of his extensive and pioneering work he has received the “Voice Award” from the Asian American Journalist Association (AAJA). He is currently working on his latest book “Tabemasho! Let’s Eat!” (Stone Bridge Press), a history of Japanese food in America which will be published in 2022.

Registration for this event has now closed.